Canadian ad agency, Taxi celebrated their 20th anniversary recently by giving something back to the city of Montreal, they created a mobile app and website that allowed people  to alert fellow motorists as to the exact location of potholes ( a scourge of driving in that city after winter). 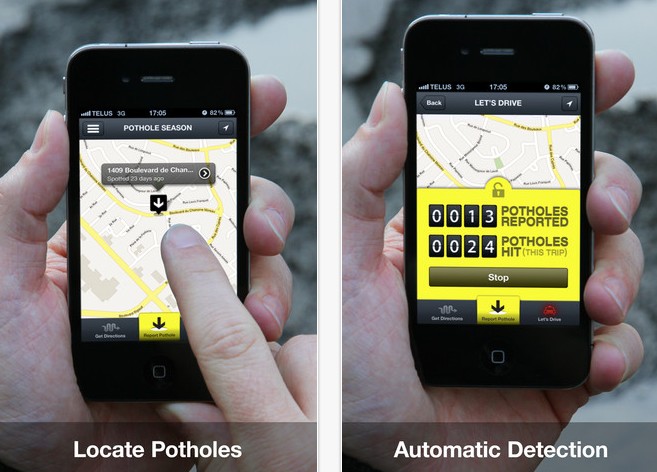 The app named, “Pothole Season” used Google Maps to accurately pinpoint the location of potholes. People could easily upload any new potholes they discovered through their travels. The nifty to super nifty extension was the built in accelerometer that automatically detected a pothole as you drove over it and immediately uploaded it. 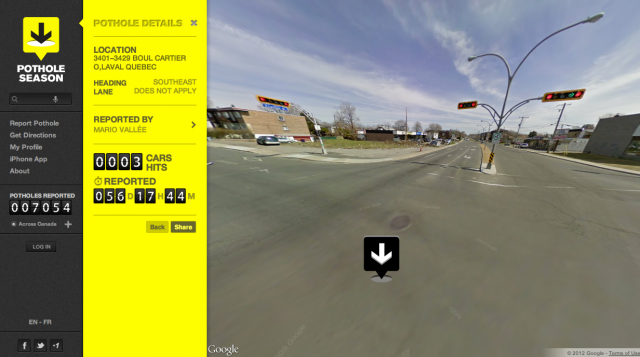 The app, like a GPS  device, would then warn motorists that there was an upcoming pothole and allow them to take evasive action.

The app was promoted through an ambient stunt that had a vehicle disappearing into a giant downtown pothole. 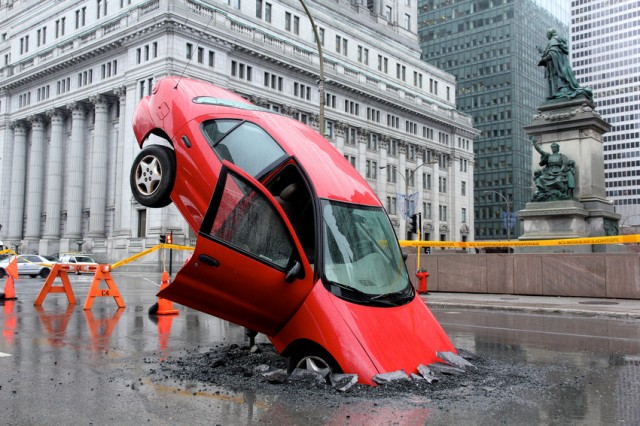 The app was further promoted through billboard ads that featured the negative consequences drivers faced by hitting potholes. 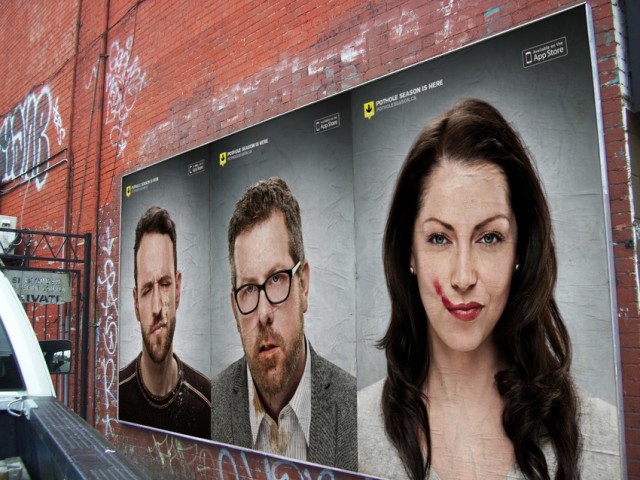 The campaign got huge PR and ‘Pothole Season’ took off. The campaign achieved social reach of over 1 million, 120 minutes of primetime coverage and ranked #1 app on Canadian iTunes.