We love that quintillions of possibilities and a battalion of computational algorithms resulted in a food truck dishing out an apple pie with a totally awesome and unexpected taste. 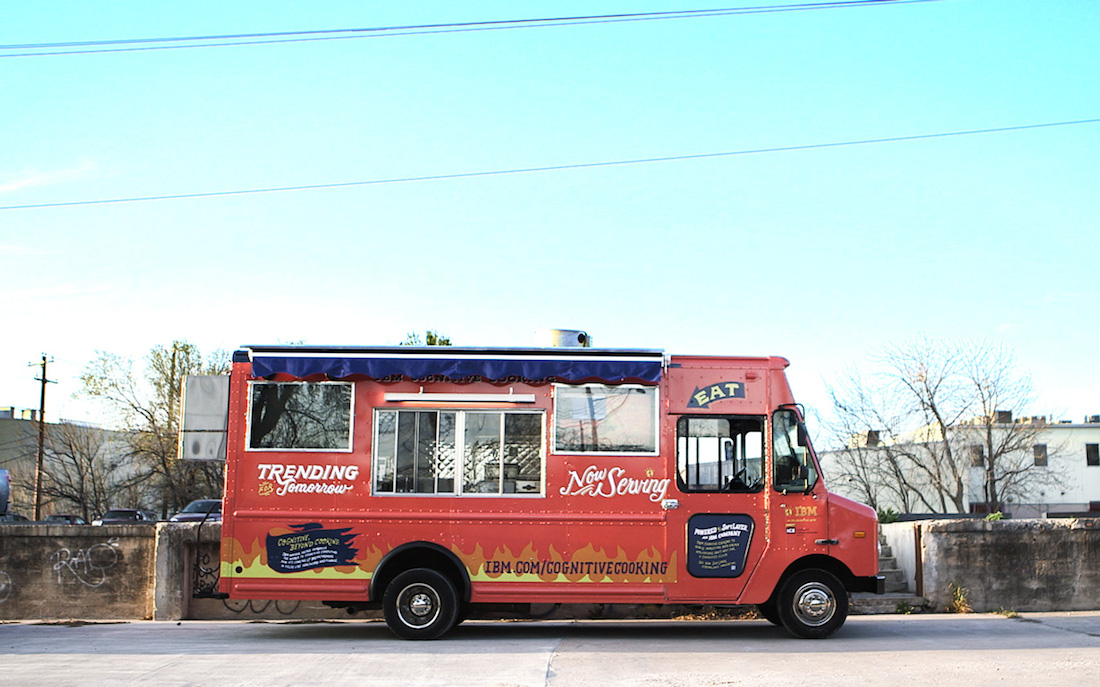 IBM’s research team recently applied this humanised way of comprehending data to cooking. The mission was to create never-before-imagined dishes by pairing unlikely ingredients and methods. IBM’s approach was to draw upon a number of datasets - regional and cultural knowledge as well as statistical, molecular and food-pairing theories. IBM was looking to create “dishes high in surprise and pleasantness” by crunching big data.

The cognitive cooking process began by capturing and analysing tens of thousands of existing recipes to understand ingredient pairings and dish composition, which the system used to create innovative new recipes. Watson cross-referenced these new recipes with data on the flavour compounds found in ingredients, and the psychology of people’s likes and dislikes, to determine how the regular human tongue would respond to different flavour combinations. Amazingly complex and amazingly clever.

We love that quintillions of possibilities and a battalion of computational algorithms resulted in a food truck dishing out an apple pie with a totally awesome and unexpected taste. Now that’s how you humanise technology.

Would You Make the ‘Innovation Fund’?

High-growth companies aren’t focused on their existing markets. Here’s why.