From One Village to Another 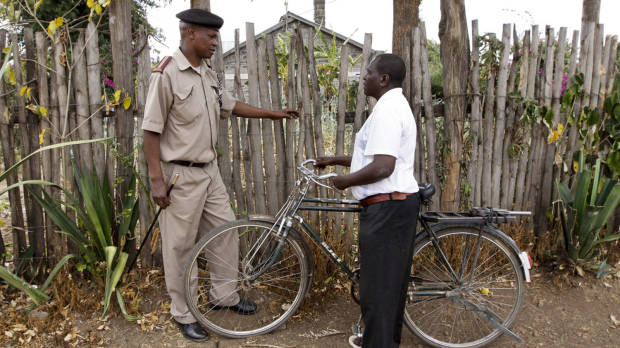 I love hearing of stories where twitter has brought about change - and positive change at that. So when I stumbled across this story I just had to share it. I would love to meet this Kenyan Chief who has embraced the social space to bring about great change for his community.

Chief Kariuki, 47, lives in Lanet Umoja which is 160 kilometres west of the capital, Nairobi. He decided to use twitter (as we do) to improve village life. He tweets about crime, missing animals and has even used it to help save a villager’s life when he fell into a pit latrine! Now that’s useful. Find the chief’s tweets at @Chiefkariuki.

The chief is bringing about great community change, so much so that even the thieves are following his tweets. This seems to be having an impact; when he tweeted about a cow being stolen and then personalised the crime with who’s cow it was, it was soon found.. making me wonder if twitter has helped give the thugs a conscience?

The village has 28,000 residents which makes you wonder how this message is being spread. The chief has 400 followers who then text the tweets out to the community, making it an outstanding example of community engagement. Chief Kariuki has reported that since he has started tweeting the village crime rate has gone down from daily crime reports to none in the past few weeks. There are immediate community benefits. Twitter is cost effective and efficient for getting responses and action from the village, something that was a problem previously with mailing letters.

Now to my favourite part of all. He’s also using twitter to spread positive messages to his community and help people be optimistic in hard times tweeting things like

“Let’s be the kind of people that do good for others whether we get paid back or not, whether they say thank you or not.”

Maybe we all need to be following Chief Kariuki and take some of his advice.

Thanks Chief. From one Village to another we salute you. Read more at The Globe and Mail.