Is Domino’s a Pizza or Technology Company?

Since the end of 2008, when Domino's was threatened by declining sales and distressed franchisees, its share price has increased 60-fold. Technology is a key driver.

Pizza production hasn’t changed much at Domino’s since the company’s foundation in 1960. Very few new menu items have been introduced.

In 2015, for the first time, more than half of Domino’s orders were placed online, and half of those came via mobile.

Long experts at delivery, Domino’s has invested in a fleet of “the ultimate pizza delivery vehicle”. The customised Chevrolet Spark known as the ‘DXP’ has special side doors and warming ovens with space for 80 pizzas.

The design took 5 years to develop. There are 154 DXPs on the road, with no immediate plans to introduce more—in part because autonomous vehicles are coming. Delivery is a competitive advantage, and Domino’s is manoeuvring for early adoption of autonomous vehicles to hold on to the advantage.

We’re delivery experts. If everyone becomes an expert, we’d have to figure out other ways to differentiate ourselves.

As its technology credentials ramp up so do the commercial indicators.

Since the end of 2008, when Domino’s was threatened by declining sales and distressed franchisees, its share price has increased 60-fold. The company is now worth $9 billion.

This growth isn’t entirely driven by technology. In 2009 Domino’s bravely identified it had a fundamental product problem. Research found people even liked a pizza less if they knew it was from Domino’s. The company reinvented its product by experimenting with ingredients and flavour over a period of 18 months. The result was an improved product that, while more expensive to make, set the foundation for dramatic commercial growth. The product was fixed. Technology then enabled the growth. 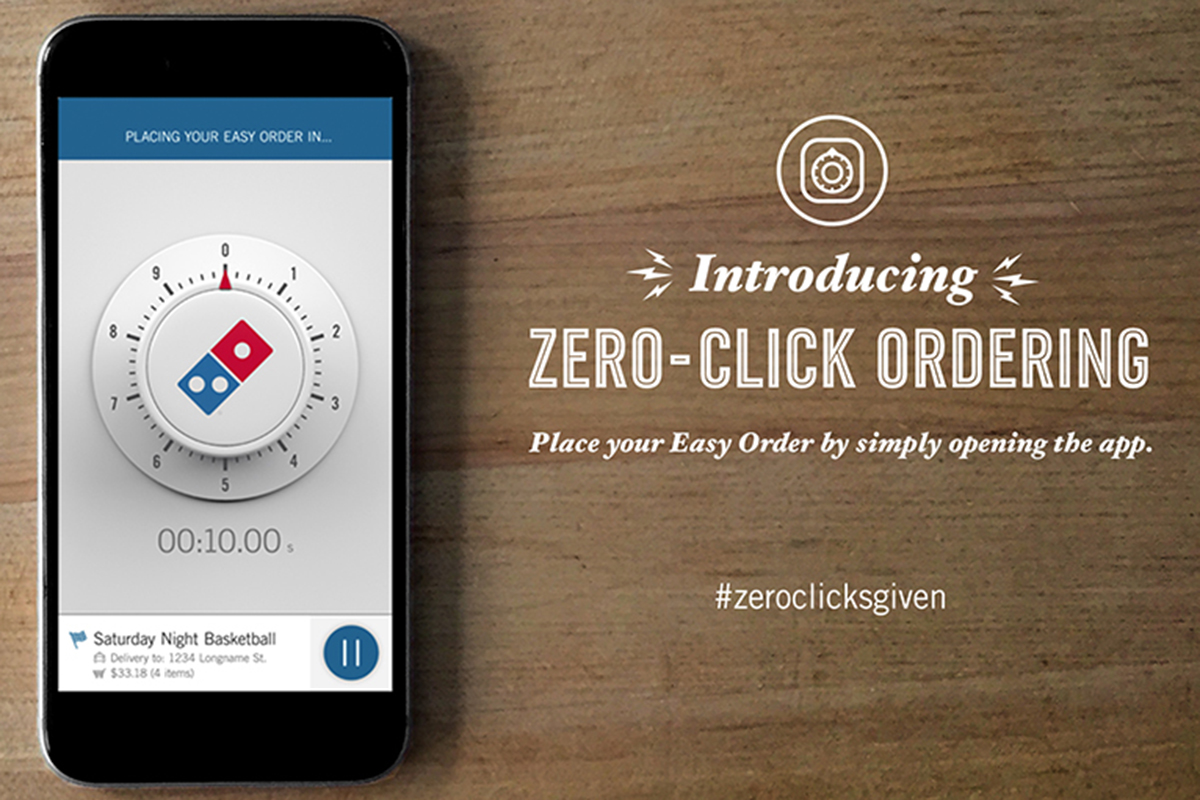 There’s more growth coming. A new retail design is now evident at a Domino’s location in New York City. In a departure from the company’s traditional design, the new-look Domino’s restaurant is designed so customers can see their pizza being made. It’s brighter, cleaner and more open. By the end of the year most Domino’s locations will have been refitted. Setting the foundation, again, for more technology-enabled growth.

We ran a spot for four months for a car that 90 percent of the country won’t see. The cars don’t need to be everywhere. Customers give us credit for trying.