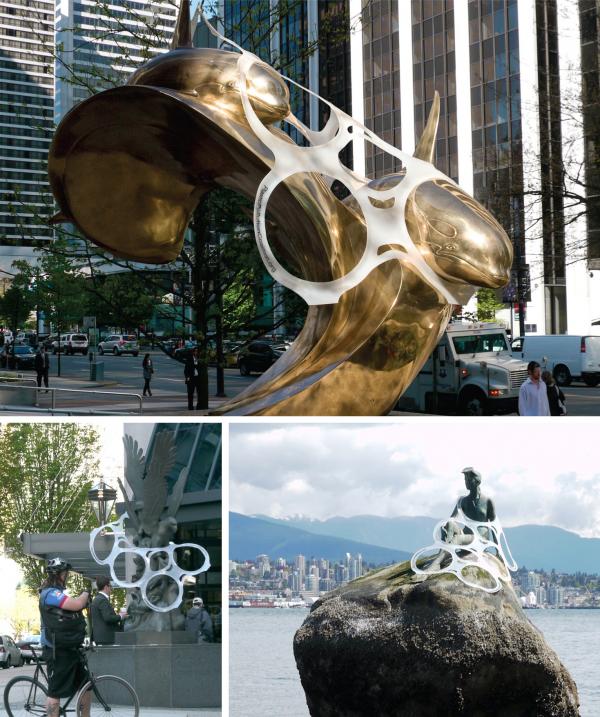 Before I discuss what successful ambient marketing is, I’d better quickly explain what ambient marketing is. Ambient is the name given to a range of out-of-home marketing activities that are considered non-traditional. It goes by other names like Guerrilla Marketing and Stunts. It could take the form of a flash mob or a dinner party happening in a public place or plastic on a statue as in the example above from the Plastic Pollution Coalition - it can be any non-traditional activity that is designed to get your attention and direct it to the company’s product or service.

Ambient can be a very powerful and cost-effective form of marketing. Or it can not be.

The normal rules of marketing apply:

This last point is a critical one in the world of ambient campaigns because this will greatly determine the ROI. If not enough of the right people see it, it won’t return.

The passers-by in this little town in Belgium was not the intended audience for this ambient stunt for TNT Channel, they merely formed, albeit unknowingly, players in a ambient activity for a far greater audience. The stunt, when filmed, went to a much larger audience (45 million plus).

There have been a million flashmob stunts done for advertising purposes. These again use the immediate audience to tell the story to a much larger audience giving a great ROI. Here’s one for T-Mobile that reached an audience of 38 million (many of which would be spot on the for the target audience).

Here’s a great way for KLM to showcase their Economy comfort package.

These successful examples rely on the virality of the ambient activity to reach the right audience in the right numbers to achieve the ROI.

When ambient doesn’t work, is when the activity is costly, reaches a small spectator audience and isn’t sufficiently viral to reach a broader audience. Here’s an example of one that I feel unfortunately falls into that category, which is a shame because I think the idea is really good. It’s a specially made vending machine that gives people at gyms discounts on recovery drinks based on their heart rate. More thinking needs to go into how to get it before more people as so far, less than 100 saw it on Youtube and only a couple of thousand saw it first hand (tiny numbers when you consider what the cost of the activity must be).

I love a good ambient stunt as much as the next ad dude. Ambient can be a great way to disrupt, generate PR, move people to action and generate great ROI. But as mentioned before, it can also not be. As always it comes down to the strength of the idea as to whether enough of the right people see it, are moved by it and act on it. If they do, the ROI floodgates will open.