The Benetton “Unhate campaign’ just won the top prize in the print category at the Cannes advertising festival happening right now in France. The campaign created by one of my favourite agencies in the world, 72 and Sunny, features a series of provocative images of odd couples kissing. The retouching was work was superbly executed

Obama plants one on Chavez in the featured image.

Merkel plants one on Sarkozy. 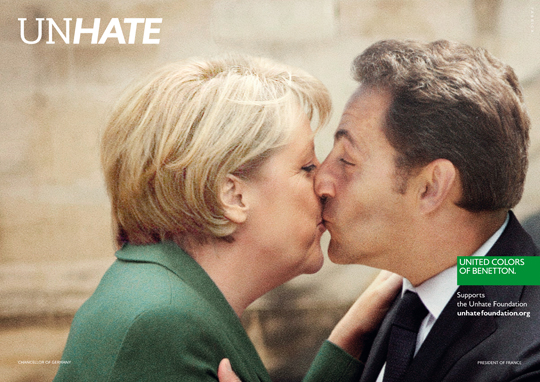 Merkel plants one on Sarkozy.

Netanyahu plants one on Abbas. 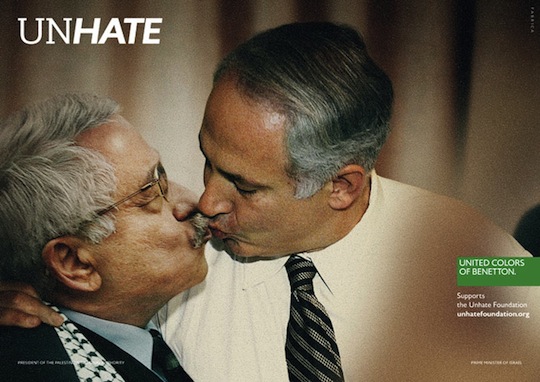 Netanyahu plants one on Abbas.

…and of course the Pope lands one on a leading Imam. (This one was removed with extreme prejudice shortly after it first appeared). 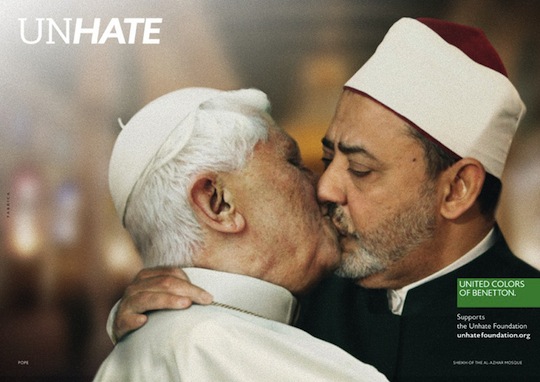 …and of course the Pope lands one on a leading Imam. (This one was removed with extreme prejudice shortly after it first appeared).

It feels like a long while since people were talking about the ‘shocking’ nature of Benetton ads. There was time during the 90’s that if three advertising people gathered in a room then one of them would have the deciding vote on whether the ads were ‘genius’ or vial borrowed interest.

There was the hugely talked about ‘soldier with human bone’ ad 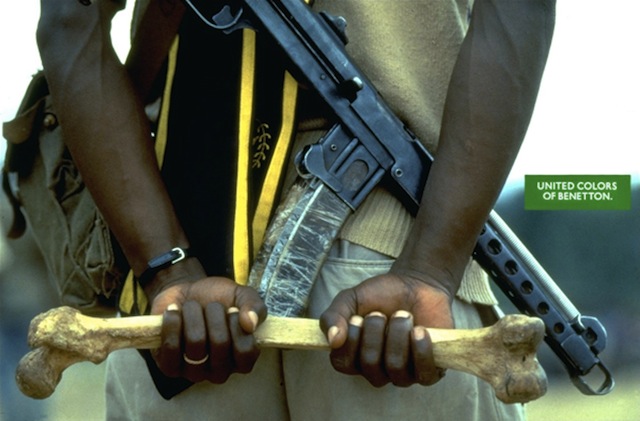 There was the hugely talked about ‘soldier with human bone’ ad

…and then there was the ‘aids’ ad 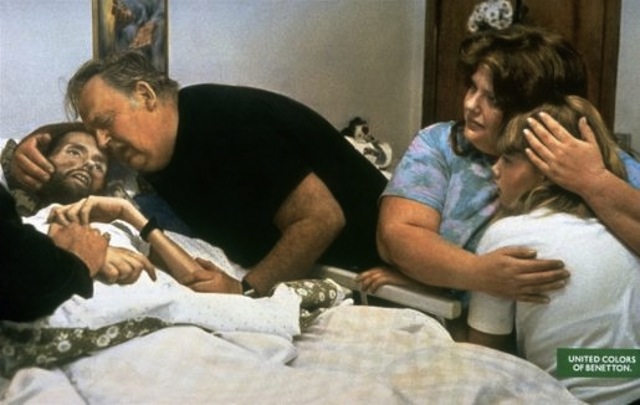 …and then there was the ‘aids’ ad

Truth was, whatever you thought of the ads, you certainly couldn’t avoid having an opinion on them.  I have always liked the powerful provocation of Benetton campaigns, what I struggled with was the let down when I went in store. The advertising was so extreme you expected to walk into a Benetton store and have your senses bombarded by equally challenging fashion. Instead it was pastel jumpers and other items to be warn while walking a golden retriever.